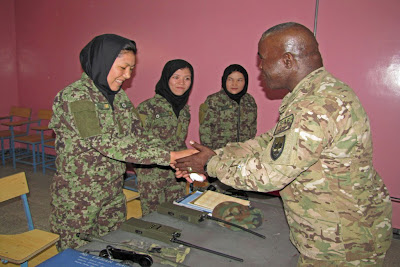 Juvenile anti-Americanism is prevalent in British society; and by this, I do not mean that there is nothing for America to be criticised about, but the infantile aversion to American foreign policy with minimal knowledge. In this thinking,  it is often 'Western intervention' that is made to look like an evil policy. One common objection is that 'that wasn't the reason' and therefore it cannot be used in a debate. This faulty thinking fails to address the issue: is it right to intervene? Linked is the argument that 'what about China?' Both of these arguments conflate the issue of motivation of party (which is arguable itself) with the issue of making the right decision. And in the case of the latter argument is merely an argument for further interventions, not against that particular one. WW2 is a just war; it matters not that in coming to that conclusion that Churchill was partially acting to maintain colonialism. Indeed, the benefits of liberation still arise. And they continue to arise.


A decade ago, 9 percent of Afghans had access to basic medical care. Today, 85 percent do. Under the Taliban, about one million kids (almost none of them girls) were in school, whereas now about seven million children are being educated (more than one-third of them girls, with the proportion rising). Before the U.S. occupation, a telephone system barely existed in Afghanistan. Today, one in three Afghans has a cell phone. Afghans once had access to no media outlets apart from the Taliban's Voice of Sharia radio network. Now there are, in the words of the BBC, "scores of radio stations, dozens of TV stations and some 100 active press titles." More than five million Afghan refugees have returned home. Kabul has become so crowded with cars and people that the city's pollution is statistically more lethal than the war... Afghanistan's economy is also booming. Thanks to the improvements in security provided by the United States and NATO, GDP growth between 2009 and 2010 was a strong 22 percent. No wonder, then, that 70 percent of Afghans told pollsters for the BBC late last year that their country is now going in the right direction. It's also why Afghans give surprisingly high marks to the U.S. military, even after nearly a decade of often bungled occupation: 68 percent favorable, according to a BBC/ABC poll released in January 2010.

Email ThisBlogThis!Share to TwitterShare to FacebookShare to Pinterest
Labels: Afghanistan